I just came across this Repair Manifesto on Core77 via Platform21

We all do such a good job sorting our garbage and recycling it, but even more important is taking objects that are broken and reusing them.

On that note, I hear March is mending month at Craftzine, so keep an eye out there for crafty new ways to fix things you never knew what to do with, but hate to throw away. Who knows - maybe you'll make it even better this time around. Isn't that what upcycling is all about?
Posted by Unknown at 11:14 AM No comments:

Wondering how to give your garbage a second life? Hate to throw away that expertly designed packaging after you've finished your cereal or frozen pizza? Looking for ways to be more thrifty during this recession-season?

If so, come on down to Sustainable NYC for the next installment of RePlayground's recycled events, combining craftiness, community, and garbage. Using templates from TiffanyTomato's designs, we will be transforming your cereal boxes into wallets, postcards, pencil boxes, and more! This is the perfect event for all you recycling/upcycling junkies, pack-rats, creative geniuses, kids, adults, teachers, and community members of all kinds.

Crafty Cardboard workshop
$10
When: Coming Soon! Keep an eye out on the blog for a new date and time
Where: Sustainable NYC
139 Ave A at 9th St
tel: 212-254-5400, email: info@sustainable-nyc.com
Suggested materials include: your favorite cereal boxes, beautiful packaging, and any other exciting cardboard.

Join me, Carly, your faithful Garbage Outreach Coordinator, for an event that's sure to get your eco-creativity flowing.
We provide: materials, space, instruction, and community.
You provide: $10 and your unique imagination.
Can't wait to see you there!
Posted by CarlyM at 10:37 AM No comments:

Do you have a green plan?

If you're in the New York area, and you have an idea for a green biz plan, check out the Green Business Competition. You can win real prizes with real cash value to get your green biz goin'. Be sure to enter by March 22. Go green!
Posted by Unknown at 1:38 PM No comments:

Welcome to our Handmade Nation 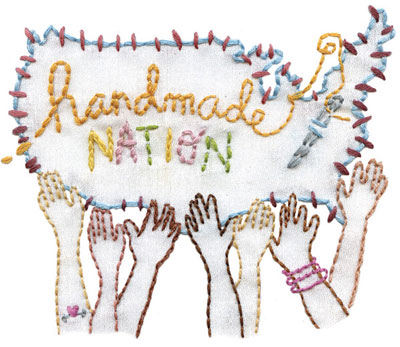 Whether you make things as a hobby, a business, because it's cheaper, or just to put a special touch on a birthday present - you are part of a nation-wide trend that values individual, artistic flair over mass production. Do-it-yourself (DIY) culture represents a desire to re-make our lives in a more sustainable, tactile, and self-sufficient way. Making something with your own hands is a huge statement of power and social change, that results from seemingly tiny actions.

On Tuesday, TiffanyTomato and I had the opportunity to attend a Q&A session by the makers and authors of Handmade Nation , a new film documenting the rise of indie DIY culture across the United States. The discussion was moderated by Andrew Wagner, of American Craft Magazine, and included director/producer Faith Levine, Assistant producer Cortney Heimerl, and featured New York crafter Sabrina Gschwandtner.

Handmade Nation is both a documentary and an experiment, as the making of the film itself was a DIY, collaborative, learn-as-we-go process. According to Faith, the project was driven by a desire to share the DIY crafting niche with the outside world, and learn more about work that is touched by the artist's hand. True to the DIY networking spirit, Handmade Nation first grabbed the attention of publishers by way of an explosively popular YouTube video about the film.

This event was an exciting opportunity for me because I got to engage in a community of like-minded thinkers who are making the world a more sustainable place through small actions. I spend too much time feeling like a tiny, helpless voice of in a world where everything we eat, wear, and buy is mass produced in a factory somewhere. It was very inspiring to hear these women talk about their successes, their failures, and their thoughts about uniting a country of individual artists and makers into a cultural movement.

The internet as a tool in the DIY movement was an interesting topic during the Q&A. Sabrina of Knit Knit stated that the indie craft world grew from the internet, and handmade goods are sympathetic to the web (if you've never been, check out etsy. Sabrina makes a good point, observing that the speed and rapid development of information technology has increased the need for slow, tactile arts. Their research has shown that although artists and crafters use the internet as a networking resource, the screen is no replacement for knitting circles, craft fairs, and other real-time community events.

Catch the NYC Premier screening of Handmade Nation this Saturday Feb 14th and Sunday Feb 15th at 2pm at the Museum of Arts and Design, followed by a Q&A session with Faith Levine. This film is for you if: you've ever felt the joy of making something by hand and want to learn more! 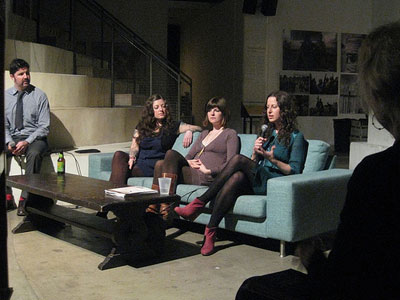 image via Handmade Nation
Posted by CarlyM at 1:10 PM No comments:

Get your kits on Amazon.com 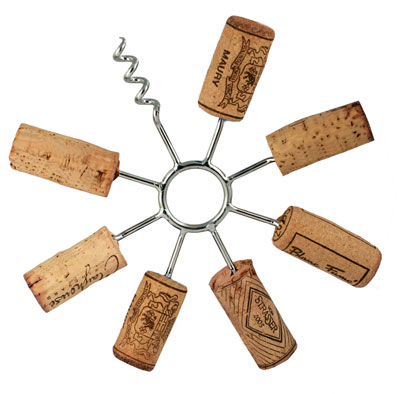 I was browsing through amazon.com looking for wine cork accessories, and was pleased to come across my very own ReMake It kits! Looks like the lovelies over at GreenFeet posted them. Now you have multiple ways to get your kits online - at Amazon, GreenFeet, and Karma Kiss!
Posted by Unknown at 9:30 AM No comments: 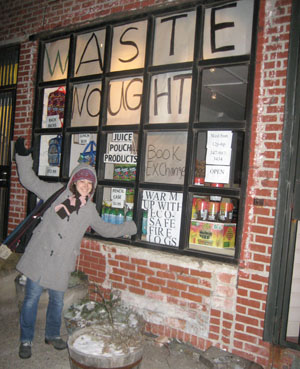 If you're ever in the Red Hook area of Brooklyn, Waste Nought is a definite destination. This little eco-store sells items made from TerraCycle - everything from household cleaners, lawn and garden supplies, and upcycled school and office accessories.

Situated at the intersection of Van Brunt and Van Dyke Streets, Waste Nought is just around the corner from the new, massive Ikea. Once you've had your fill of Ikea's cheap cinnamon rolls, tea lights, and storage bins, head on over to Waste Nought for a breather. Rather than creating mass quantities of household goods from virgin materials, all of the products sold at Nought are made from upcycled stuff. Giving you a new appreciation for garbage.