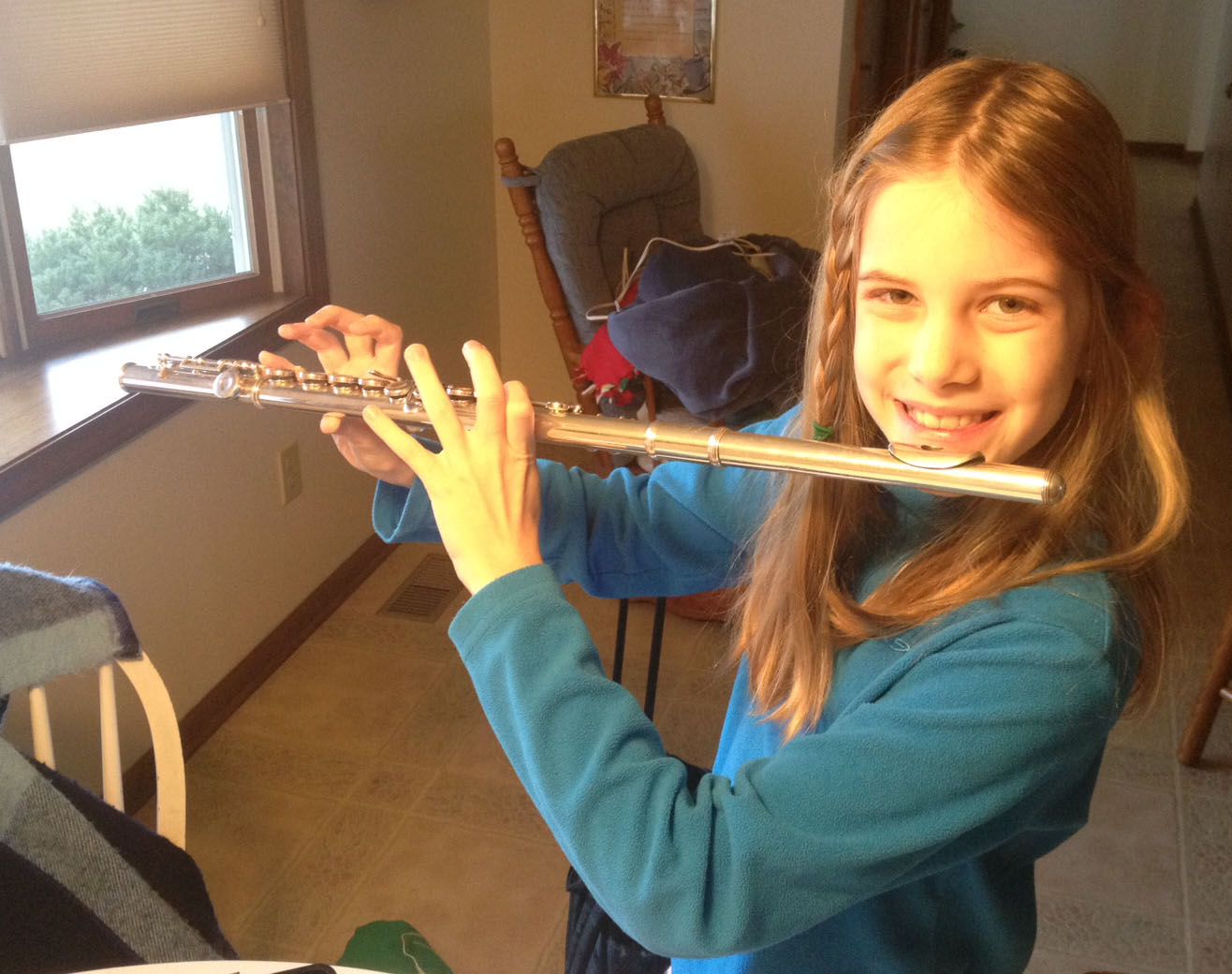 I was just visiting family for the holidays and my 11 year old niece game me my own mini-concert showing off her flute playing skills. To me the most noteable thing about the flute was that it's the same flute that I had in middle school X number of years ago, and it's still perfectly fine. It always makes me happy to see good quality products having a chance to replay again.

I think the only new addition is the rainbow colored smiley face stickers on the keypads. :)

Posted by Unknown at 8:59 PM No comments: 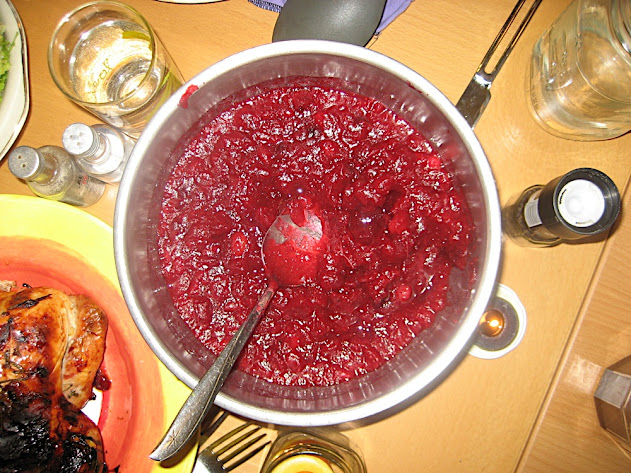 A friend of mine is hosting a day-after-Thanksgiving party, a Friendsgiving if you will. And what is everyone required to bring? Leftovers from the big day of eating remade into a new dish. And alcohol. Because that makes everything just a little bit better.

Rather than reluctantly toss them in the microwave, give 'em a little of leftover love and turn them in to twice baked mashed potatoes, a turkey tamale pie, sweet potato cinnamon rolls, and much more.

It's the food holiday that you can keep celebrating, long after the gravy is gone.
Posted by Unknown at 8:10 PM No comments: 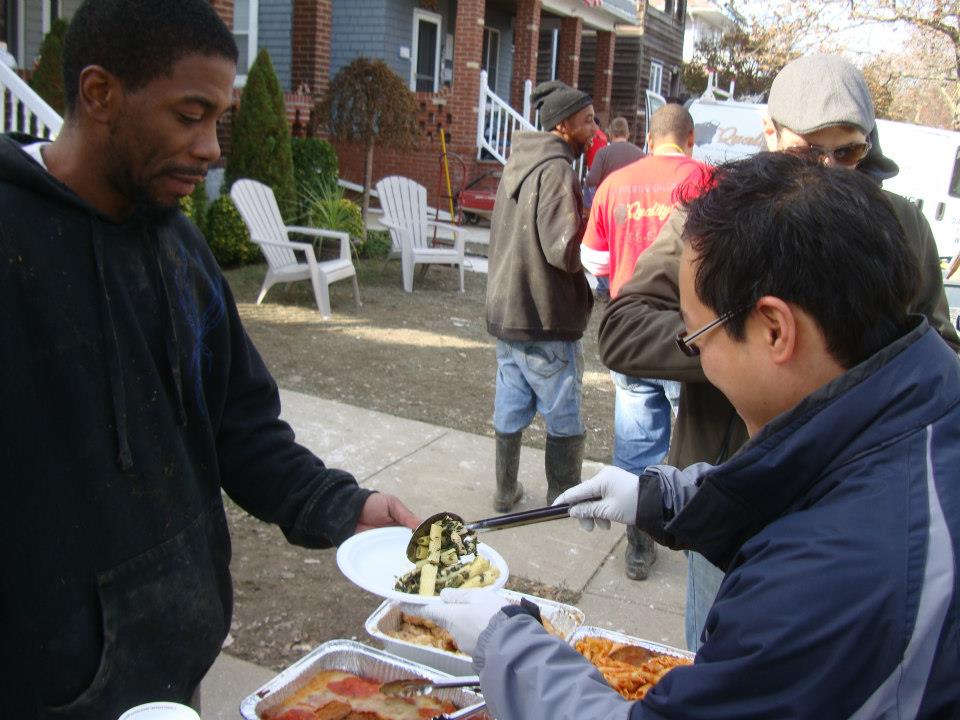 It's been about 2 weeks since Hurricane Sandy swept through the East Coast and those affected have been trying to get their lives back to normal. It's amazing how you think a disaster like this can't happen to you or people you know... until it does. A few people in New Jersey that I know have lost their entire homes. A few others are still without power (and it's getting cold)!

It's always amazing to see people in times of crisis pull together and redirect the focus from their busy lives to helping others. Several friends of mine volunteered with the cleanup effort and I think Molly's essay summed it up well.

When I first signed up to volunteer, the obvious places noted that they were primarily looking for people with medical skills. I've been known to faint at the doctors office when I've gotten a shot, so I started to look around for ways I could help that were more specific to my skills. There are loads of opportunities out there lying just under the first level of obvious. For those of you who have extra room or a summer home to donate, you can look to Air B-n-B and other services to host displaced victims. And if you think that everyone has now found housing after the storm, think again. Many of these homes will take months to rebuild. A good friend of mine has taken in her parents after their Ocean City, NJ home was devastated. It'll most likely be 2013 before their house is back to being livable. For those tech geeks out there looking to lend a helping hand (or router), there's a NY Tech Meetup to get NYC area small businesses back in action. For those with extra food to donate there are plenty of places looking to help provide a hot meal, like our friends at Yummy Eats.

I've been living in Philadelphia for the past month, so I narrowly missed the transportation chaos of NYC. Life without an L train? A small silver lining in this tragedy is, perhaps, that we'll all consider alternative modes of transportation like biking and walking instead of driving. Finding alternatives like these can positively impact climate change, which contributed to this mess in the first place.

My own internet in my new Philly home has been down for the past two weeks. Hardly an inconvenience when others have lost entire homes, but I mention it because of another kind act of community. A large pine tree in my new backyard was blown down the night of the hurricane and the only casualties were an exterior glass window and my internet (and that pine tree). Yesterday my neighbor and I were talking about the tree which is still down and he offered up his internet until mine is back online. Perhaps we'll all start talking to our neighbors more. Although now that I have internet again, it is enticing to read about the hurricane effects rather than live it and help with it. But I hope to take a lesson from my 2 weeks of purged internet and get out there and do something. 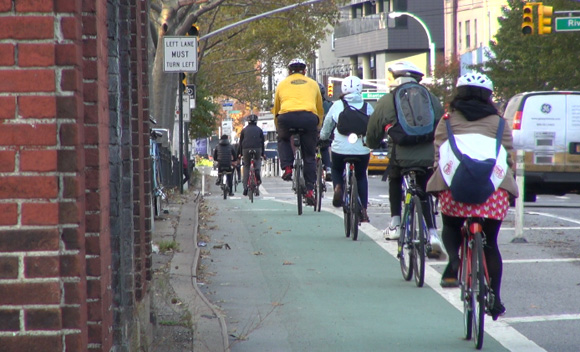 Photo courtesy of StreetsBlog by Elizabeth Press
Posted by Unknown at 10:05 AM No comments: