MAKE it to the New York Hall of Science this weekend! 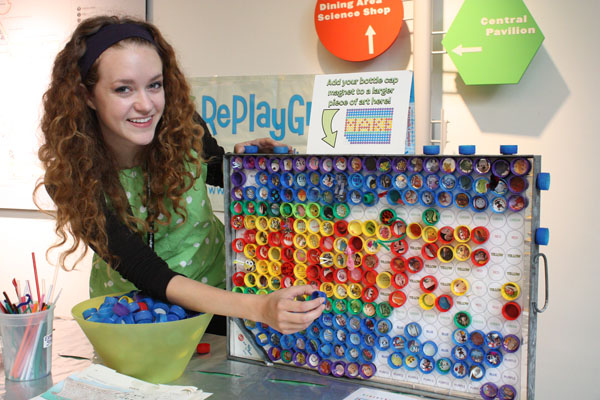 Looking for ways to beat the summer heat? We have loads of cool new projects for The New York Hall of Science Maker Days!

This weekend well be getting crafty with CD suncatchers that you can make and take with you. We were also inspired to create a one-of-a-kind art piece from a pile of computer keyboard keys we’ve had just waiting for a special project. Then it finally clicked that the Maker Days were perfect place for them to debut.

We have some new, fun projects up our vintage sleeves for those events - like upcycled robots (it's not a Maker Faire without a robot), bottle cap bugs and more!

The goodness doesn’t end there. The NYC Maker Faire is at NYSci once again from September 29 - 30. Don’t miss it! Make it! 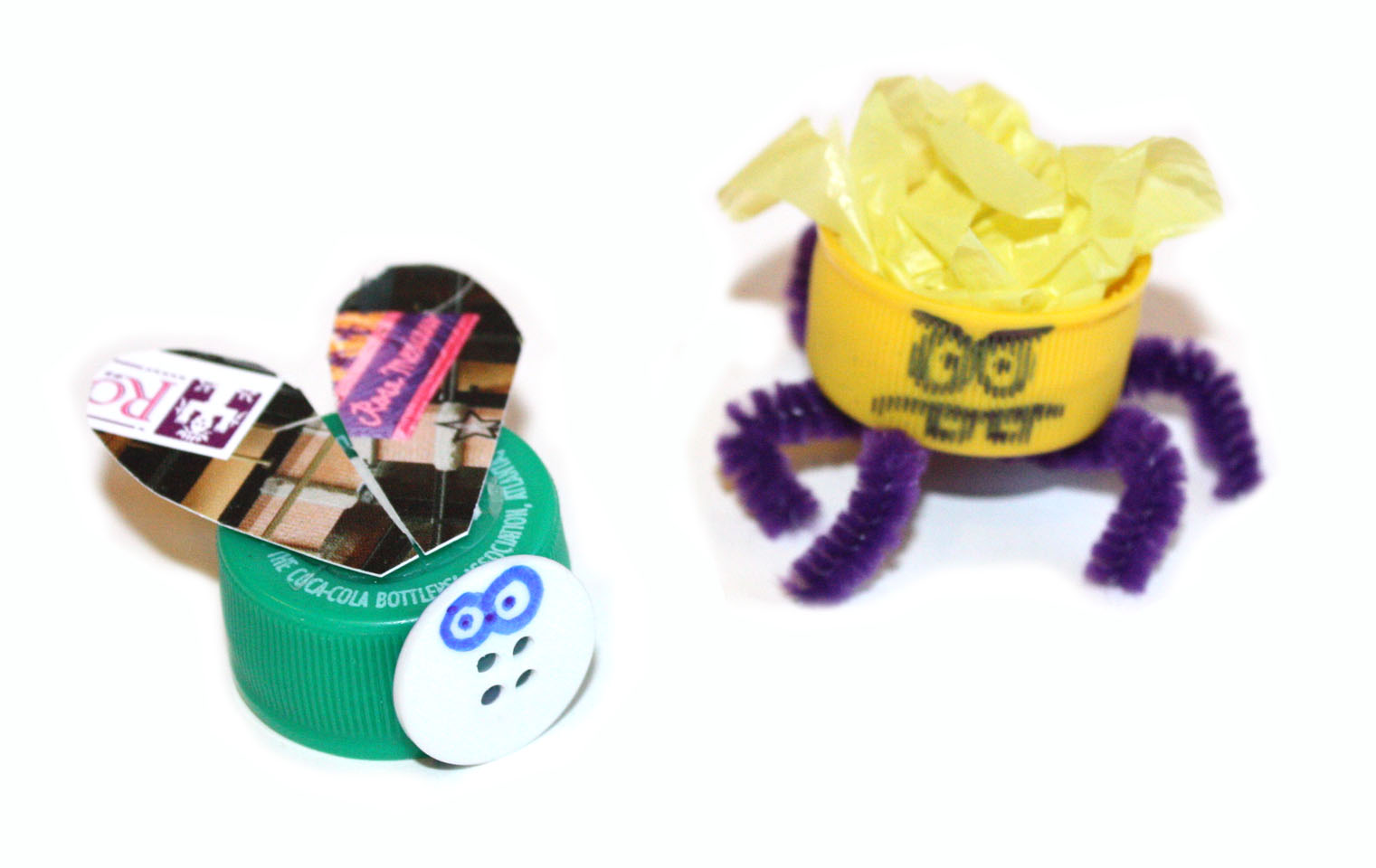 Posted by Unknown at 8:41 PM No comments: 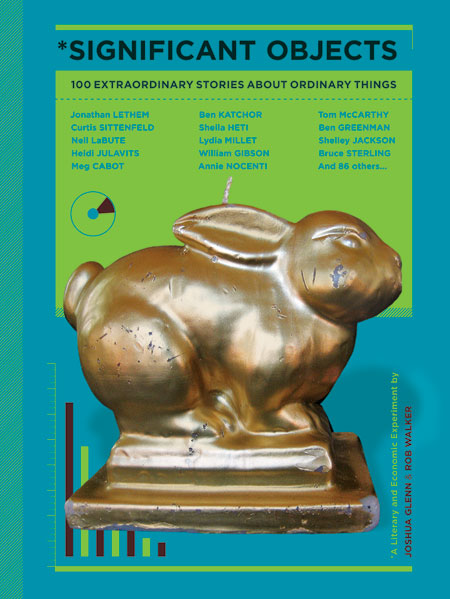 When I first read about the Significant Objects project several years ago, I was instantly drawn in. It's a literary and economic experiment taking inexpensive thrift store objects and seeing how much their value can increase when paired with a fictional work.

Our friend Rob Walker and his collaborator Joshua Glenn began this experiment by purchasing cheap items and passing them out to authors who were asked to write a short story associated with the piece. Each object was then placed on Ebay for auction. About 250 objects were purchased for an average of $1.25 apiece and sold for a combined total of almost $8,000 in the end. The editors stated that the interest generated from the project was well beyond their expectations and the result of this work can now be purchased in the form of a wonderful new book by the same name. 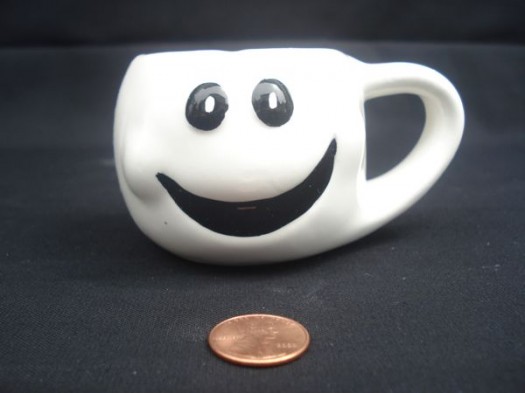 I had the pleasure of attending their book signing last week and hearing the evolution of the project and some of the stories in person. Several of the authors read their own short story contribution. Ben Greenman's shared his tale of the one-eared smiling mug that once served as a movie prop. Luc Sante's spoke of the wrapped flannel ball that was given to him on his friend's death bed and the curious decrease in the weight of the ball throughout his years of ownership. 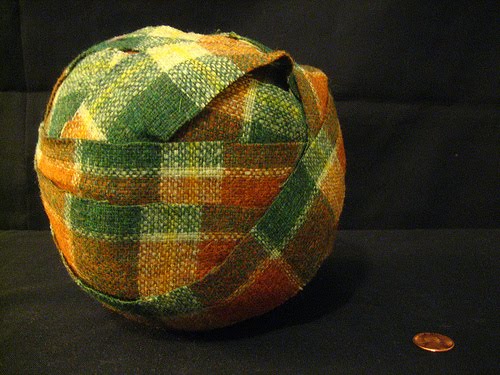 In a way, each piece has been upcycled. But rather than changing the shape of the object and repurposing it, the original form and function remain the same. Additional value is given to each piece in the form of a short story. Simply brilliant. Sometimes objects don't need changing. They just need to be looked at in a different way.

You can get your hands on your own copy over at Amazon.com and perhaps at your favorite local bookstore. Maybe one day you can even find a copy of the book auctioned off on Ebay paired with a fictional story.
Posted by Unknown at 6:50 PM 1 comment: 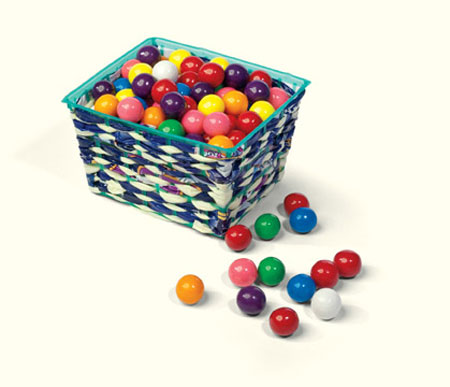 Recently, RePlayGround offered a series of upcycling projects for a "farm to table" style evening hosted by Time Out NY Kids.  We offered do-it-yourself recycling projects made from food packaging, and our big hit of the day was this woven berry basket, as pictured below.  These berry baskets can be found at grocery stores and farmer's markets, and are easy to upcycle!  Simply cut up strips of colorful plastic bags, t-shirts or ribbon, and weave the strips in and out around the berry basket frame.  Once you're done, you'll have a candy dish or organizer basket that will wow your friends!  You can also see this project in the book ReMake It! Recycling Projects from the Stuff You Usually Scrap. 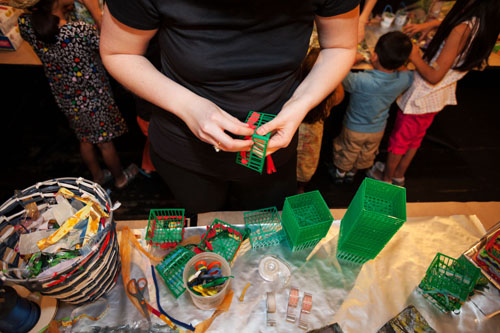 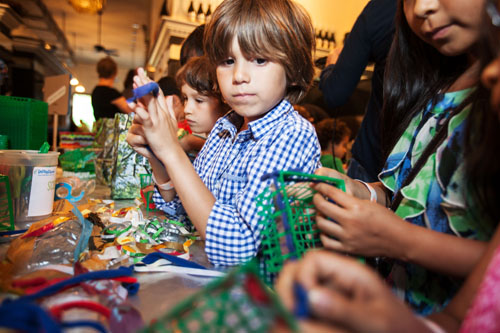 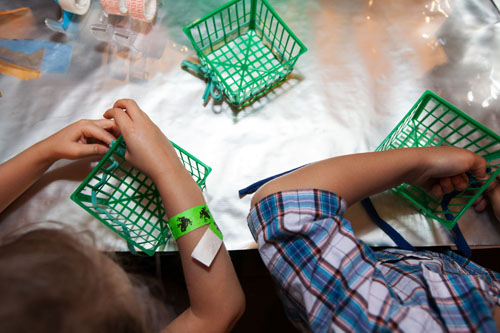 images courtesy of Time Out NY Kids
Posted by kathy*tingum at 6:00 AM No comments: